Today Sure is a Good Friday, Huh?

I never could figure out why Christians call this day "Good Friday" when their favorite dude was crucified. I would think "Black Friday" would be more appropriate, but I guess that name was already taken by the post-Thanksgiving retail store hell. Anyways, here’s what’s going down this weekend:

Mr. Religulous himself, Bill Maher, is spitting his brand of religiously-offensively-awesome humor tonight at Hard Rock Live. I wonder what he has to say about Good Friday and Easter. If you want to find out, tickets start are a mere $55 + Ticketmaster fees. Ouch. Here he is with a penguin. 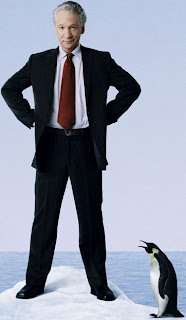 I have said before that Kittybat is the best DJ in Orlando, no question, hands down. I’m pretty sure it’s because he’s so damn versatile musically – in fact, he plays bass in a rock band called The Attack. They are playing the early show at The Social this evening along with Fake Problems and the River Boat Gamblers. Show starts at 5PM (yikes) and costs $12.

For a cheaper road, check out the Disco Disco party at Peacock Room with Latenight Society, Tard and Nigel. Don’t let the name fool you – not a drop of disco music will actually be played. I scoured the interwebs for a flyer, but all I could find was this video:


Or, if tasty kid snacks and punk rock is your thing, check out the awesome all-girl band The Little Debbies over at Crooked Bayou. I was always a fan of the oatmeal creme pies. 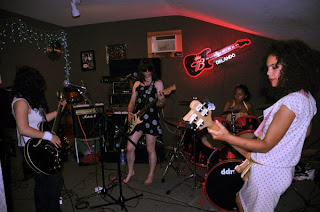 And on to Saturday. Hipster favorite, Ratatat, will be playing at House of Blues. I don’t really have an opinion on them either way, but I do dig these Bjork and Kanye West Remixes. 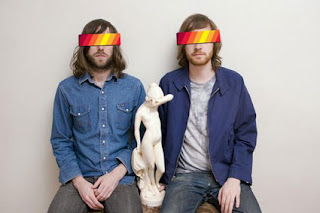 There’s also a Ratatat afterparty going down at The Social. This is the part where I would tell you who’s playing (I believe the aforementioned Kittybat is in the mix) but the social’s website is down at the moment, so I cannot fact check. Hopefully by the time you read this, it will be back up and you can get all the info for yourself.

And last, but certainly not least, we have The Empyres a band formed from ex-members of The Hatebombs, Fantasie and View-finder (and also Swami and the Salamis, if you remember them). They’ll be playing over at Peacock with Vanda. 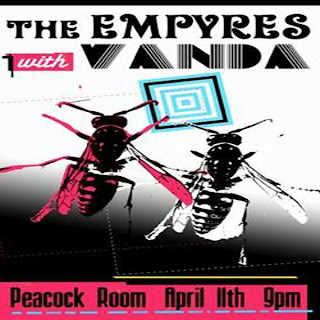 If you believe in the Easter fairy tale, then have a nice one. If you don’t, have a kick-ass weekend anyway.
Posted by OMG, It's Becky! at 11:42 AM No comments:

If you’re a tad older and a music nerd like me, then you’ll probably be excited to see Chicago play at Hard Rock Live tonight. (Cue: Baby What a Big Surprise.) If you’re not down with the Cetera-less band, then read on for other happenings.

First Friday must mean it’s time for everyone’s favorite night of deep house and Mexican wrestling masked mayhem. Club Queso, starring Q-Burns and Atnarko, is going down tonight at the Peacock Room and they promise super villains, dancing queens and a free mix CD to the first 50 people. 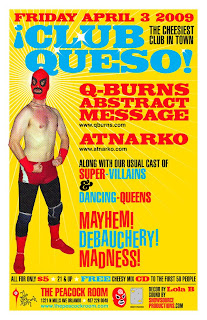 Saturday night the local art scene gets a nice kick in the ass thanks to Bold Hype, the art gallery next to Stardust Video that totally knows what’s up. Their group show, Say When, opens tomorrow night and features some of the best internationally-known artists and illustrators. The flyer claims this to be the “biggest new contemporary art exhibit in Orlando. Ever.” and they’re totally right. Don’t miss out. 7 PM – 11 PM. 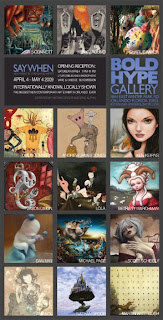 Once the show ends at 11, the festivities continue next door at Stardust with yours truly and Andrew Spear hosting the official Say When Afterparty. We’ll be playing all kinds of music – or maybe just disco and funk, we haven’t really decided yet. Either way, it’s better than listening to the same untz untz beats all night. Best of all, they have liquor and there’s no cover charge. 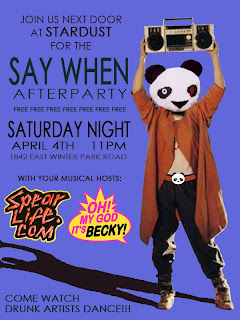 If drinking beer on a Sunday is your thing, you’re in luck! The Beer Bomb Bus Tour is scheduled for April 5th and tickets are available at Redlight Redlight for $45 per person. What does that include? You get to ride on the fully-stocked Shipyard bus for four different beer classes at four different bars in four different towns. Sounds like you’ll be four different kinds of obliterated before it’s over. The party kicks off at Redlight Redlight at 2PM and stops include The Sanford Wine Company, OM Bar in New Smyrna Beach, and then to The Abbey in Deland. Visit the Myspace page for more info and other upcoming events. 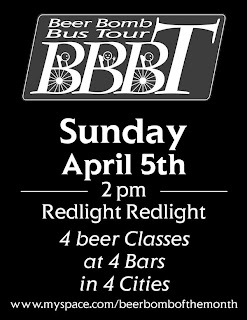 Have a nice weekend, kids! Street sounds swirling through my mi-i-i-ind.
Posted by OMG, It's Becky! at 3:51 PM No comments: