When I told Becky I wanted to preview the upcoming Jimmy Eat World concert at House of Blues, she looked at me strangely, thought about it for a second, and then asked if they were that one band that had that “Middle” song on the radio years ago.

Long answer: Yes, that’s them, but despite that one pop song that hit radio almost ten years ago (yep, it was 2002, you really are getting old) the band’s 18-year career is full of MUCH better stuff than that.

Longer answer: Jimmy Eat World’s power-pop/emo music has somewhat achieved mainstream success, but they’ve come a long way from what you heard on the radio years ago. If you’re turned off by the word emo, you’ll be happy to know the band’s newer stuff, including their latest album Invented, is not as bad as it used to be. Yes, the music is moody and cinematic, but it also brings in non-emo traits like smart lyrics, big guitars and a louder, punk-inspired sound. If the last song you heard (or played on Rock Band) was “The Middle,” give them another shot.

Solution: Jimmy Eat World (and myself) will be at House of Blues tomorrow night, February 4, with David Bazan. Tickets are $23.25 and still available! 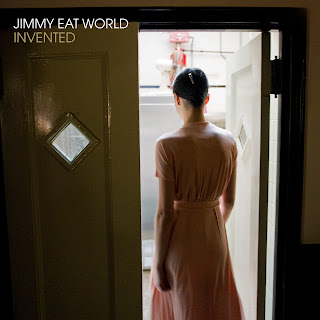